Robots, as one of the most remarkable novel products in the Third Industrial Revolution, are developing in much the same way that Personal Computers did 40 years ago. The most important system software for robots, robot operating system, will be the key driving force for this trend. However, most of the current robot operating systems mainly focused on development of applications on individual robotic platform. The micROS Team aims to design and develop micROS, a Morphable, Intelligent and Collective Robot Operating System for future collective and collaborative robots.

The Architecture of micROS

Inspired by the organization structures of collective robots, we designed for micROS the overall distributed architecture which consists of lots of individuals (nodes) interconnected and the layered structure for each node which could be robots, computers or humans. Networking is the basis for constructing the distributed architecture and real-time is a distinguished feature of micROS. 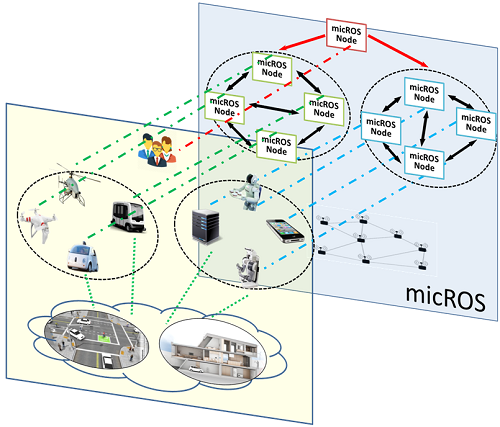 micROS is installed on each node of the collective robots and has the layered structure for each node as shown in the figure below, which consists of the core layer and the API layer. The API layer is responsible for interaction and programming interface. The micROS core is divided into resource management layer and behavior management layer. The former is to manage the resources in physical domain, information domain, cognitive domain and social domain. The latter behavior management layer is made of observation, orientation, decision and action modules. 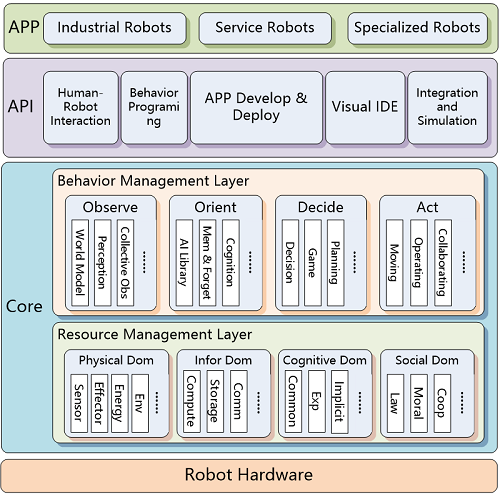 Layered structure for each micROS node

In order to implement the above-mentioned architecture and achieve efficient resource and behavior management for collective robots, we currently focus on the following research topics.

Two papers from the micROS Team were accepted to PRICAI 2016:

More details can be found on the Publication and Projects pages.

To facilitate the installation of ROS (especially when a reliable Internet connection is not available), we created an Ubuntu image with ROS pre-installed, with which you can install both Ubuntu and ROS in one go. It is based on ros-indigo-desktop-full, with essential environment variables set up. After installation, you can still download and install any ROS packages you need.

If you want to give it a try, please follow the link here: ubuntu-ros-indigo-v1.0.rar.

Prof. O'Kane's famous book "A Gentle Introduction to ROS" has been translated into Chinese by Dr. Junhao Xiao. We have posted the preprint version of the book here with permission from Dr. Xiao. It can be freely downloaded for research or teaching purposes. However, it cannot be used for commercial purpose without permission. All rights preserved by Dr. Xiao. 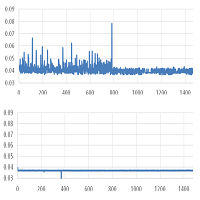